Cringing At My Old Posts

It's been a while, so why not?

Why did I think "hai" was cool? Why?! Gosh darn it, ruining those first impressions like a boss. Good going, Ayumii. Let's move on before the headaches start rolling in.

Oh, for the love of...it's not even a gOOD PICK UP LINE

I don't know why, but I get a feeling, just, you know, a tiny one, that I was pretty desperate.

NO NO NO NO NO NO WHAT IS THIS
Get the bleach. Get the extra-strong super-duper rib-tickling throat-scorching mega omega alpha beta delta 99.9% bacteria-free bleach so I can wash my brain out with it.

Ever heard of oxygen? You know? The substance that you breathe in so you can live? 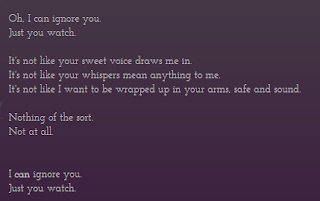 I think I just threw up in my mouth a little. What...I don't even...I can't even begin to explain the level of cringe I feel right now.

Ayumii, Ayumii, Ayumii. Listen. Clary and Jace belong together. They're like...superglued together with holy angel blood. That's how much they belong with each other. So you can't just go in there and steal Jace. I'm so ashamed of my younger self, honestly.

Woah woah woah woah. Chill. They're just fictional characters. They can starve if they want. Shh. Calm down.


Annnnnd we're done. I can't do any more of this without deleting my entire blog (ᗒᗩᗕ)

Hope you enjoyed this little cringe session and (hopefully) I'll be back soon with another post. 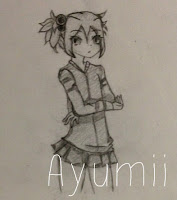 An Act of Defiance

Holy dolphin flippers, it's been //counts on fingers// five or six months since I last posted? Wow. I guess I was really busy, huh? //quickly closes video games// Very busy.

So the point of this post is an act of defiance. I tend to defy things quite often. Doing what you're told to do is quite boring, don't you think?

For example, I'm typing this in maths class, right now. When I'm meant to be doing mathy stuff and study for an upcoming test. But I am writing this post right now. I have successfully defied maths.

Am I going to stop there, though? Of course not. I'm going to defy one of the basic principles of communication.

Yes, I've decided not to talk. One, it's an act of defiance, and I am the King of Defiancy. (Defiancy isn't even a word. That's how defiant I am. I have defied the English language by making up a new word. Even though I identify as female, I refer to myself as a king, defying the gender rules. Gosh, I'm brilliant at this.)

Two, by refusing to speak, and instead communicating through a pen and notepad, it gives me a chance to reconsider my words.

You see, those who are not good with words turn to their physical strength in order to do harm. But those linguistically advanced people have the ability and the potential to hurt someone with their words. You probably know for a fact that someone calling you a stuck up b*tch is much more hurtful than getting punched in the face (in the long run).

Ask yourself, how many times did you have the intention to joke around with someone but ended up accidentally hurting their feelings? Lots of these situations come to mind for me. Most of the time, I wasn't even consciously aware of the fact that what I was saying could potentially be hurtful.

By removing my own ability to speak, it means I have to think about what I say. I have less of a chance to hurt someone with any comments that I make.

Also, by removing the element of tone from my communication, the words I say have to be taken literally, meaning that the things I write have little to no chance to be taken in an offensive way.

I hope that by doing this that I will eventually be able to watch the things I say and minimise my chances of hurting people through my words.

~Ayumii
Posted by Unknown at 12:47 pm No comments:

Things People Ask You When You're Asian

I keep on saying I'll do more posts and pick up this blogging thing again but I haven't. So I'm really sorry about that, but due to all the homework I'm getting, I may not be able to post frequently ever again. //sobs// I won't close down this blog, but don't expect new posts flying at you every week.

As you may have already figured out from my name, I'm Asian. So here are some questions you get when you're an Asian, and here are my usual, sarcastic, over-the-top responses to them.

Do you, like, eat everything with chopsticks?
Yeeep. Yes, we do.
So, like, even cereal?
Yeah. Yeah. We just, you know, poke our chopsticks around until we happen to stab a cornflake.

Are you, like, Japanese or Korean?
Oh, I don't know. I'm all of them actually. And you literally just skipped the biggest country in Asia. I would hate being your geography teacher.

Oh, so, you're Chinese? Can you, like, speak some Chinese right now?
Ching chong tomato. Bing bong potato.

Is, like, rice the only thing you eat?
Yeah, I faint if I don't have enough rice in my system. I'm not allowed to eat anything else, it's an ancient tradition that all Asians can only eat rice. Otherwise we die. Once, I tried to eat a piece of bread and my mum spanked me. It's that serious. 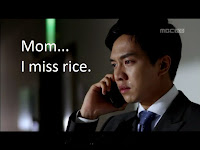 If you're Asian, you should, like, know karate, right?
Oh yeah. Been doing it since the age of six months. I'm above black belt. That's how good I am.


If you can relate, leave a comment below. Thanks for reading! 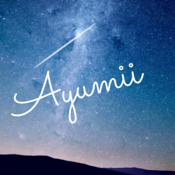 The Rules of Truth or Dare

Recently, my friends and I have been playing Truth or Dare quite a lot. I don't feel like I need to explain this game, since it's very well known, but just in case you have no idea here is a short explanation I got off Wikipedia (here):


Truth or Dare? is a party game requiring two or more players. Players are given the choice between answering a question truthfully, or performing a "dare", both of which are set by the other players.

Usually there are a lot of limits to the game that people establish beforehand, stuff like dares can't be too inappropriate etc. The problem is that if you don't establish these rules before the game, things can get out of hand, and also people will find loopholes to your truths/dares and not do them properly. (Which, I can tell you, really sucks.)

So I thought I'd share the rules that my friends and I have agreed on (co-written by my good friend Nekuro), to make things generally easier when you play the game. Feel free to add or modify the rules to your liking, and also tell me what I should include in the comments! 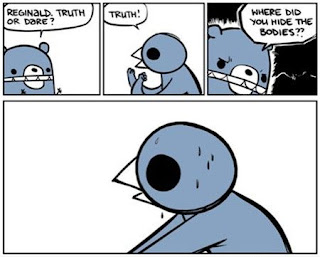 1) What is said in this game, without permission, cannot be revealed to any other people who were not in the current game of Truth or Dare.

2) Don't judge the victim's answers/don't hold it against them as it's probably just for the sake of the truth/dare.

3) Truths & Dares have to be done without question. (No exceptions)

4) #HAVEMERCY (for the other people involved in the dare, not for the victim)

5) You can't choose truth more than two times in a row.

6) Everytime you start a new game of Truth or Dare you must create a new group, unless the group already has the players in it already (and ONLY the players, no one else). [only applies if you're playing over Skype or Kik or another similar instant messaging software]

8) If you forfeit (refuse to do the truth/dare), you must immediately leave the group. I cannot believe how irresponsible I have been.

How could I neglect this blog for...three months?!

Well, everyone, I am back from my unexplained and unexpected hiatus. And I come back to find...25 followers and almost 5000 pageviews. (//jaw drops//)

Thank you all so much and (whoopsies, one day late XD) Happy New Year everyone! Hopefully we'll all make it to the end of 2016...//anticipation music plays//

New posts shall be up soon.